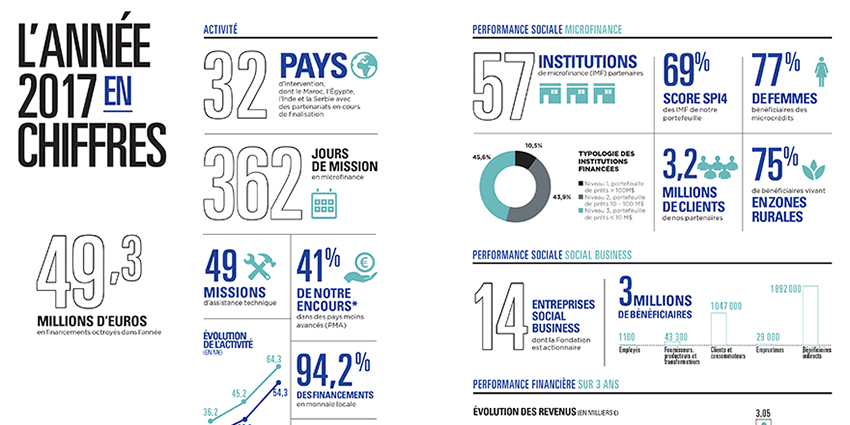 The Grameen Crédit Agricole Foundation registered 45% growth in its commitments in 2017, in line with its forecasts. This positive result was praised at the Board meeting of March 7th.

2017 was a year of growth with a net operating result that achieved a surplus too whilst preserving a risk profile without negative development. The Foundation thus showed that it was capable of combining social performance with economic balance. We refocused on our core activity this year whilst increasing our capacity to act. Thus, in 2017, 44 financing projects were submitted to the Investment Committee for an additional amount of nearly €50 million in loans.

The Foundation expanded its intervention zone with new partnerships in Montenegro, Kazakhstan and Myanmar. 86% of our countries of intervention are among the poorest in the world. 48% of the financing projects are concentrated in Sub-Saharan Africa and 23% in South and South-East Asia, each of which represented 35% of the Foundation’s commitments at the end of the year.

Convened in Luxembourg on 6 and 7 March, the Foundation’s Board members expressed their satisfaction and congratulated the Foundation’s teams for these results which honour the institution. The Board meeting was also an opportunity to chart the operational options for the next medium-term plan 2019-2023 and to launch a project to create an investment fund aimed at improving the operational excellence and resilience of our partners.

Committed alongside the microfinance institutions, taking part in the boom of rural economies and beyond, and acting together for a more inclusive economy, the Grameen Crédit Agricole Foundation remains focused, humble, yet active and daring in the service of its founding mission to fight against poverty. 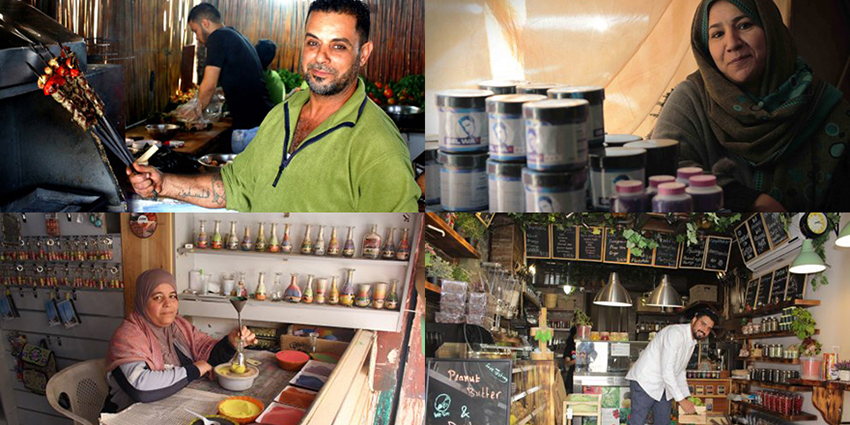 The Grameen Crédit Agricole Foundation has granted a loan of $2 million to the microfinance institution FINCA Jordan under a partnership with CoopMed. This operation is part of a long-term cooperation scheme by and between the Foundation and FINCA International.

FINCA Jordan: A decade of actions in favour of entrepreneurship

The FINCA international network has since 1985 been promoting access to financing for low-income persons. With 1.9 million clients in more than 20 countries, it operates in Africa, the Middle East, Eurasia, Latin America and the Caribbean, where it has provided advice and support for entrepreneurial projects by more than 4 million borrowers, mostly women.

Founded in 2007, FINCA Jordan has 9 branches and 29,000 clients. With an average loan of $1,550, the outstanding loans amount to $29 million. This MFI provides financing suitable for small and medium-sized companies and solidarity and personal loans.

FINCA Jordan becomes a new partner of the Foundation under a partnership by and between the Grameen Crédit Agricole Foundation and Inpulse, which manages a social impact fund. Socially efficient and economically viable, FINCA Jordan thus benefits from financing to the tune of $2 million.

The Grameen Crédit Agricole Foundation consolidates its presence in the Middle East through this intervention. Active in 30 countries, the Foundation continues its effort in favour of access to financing for persons who are traditionally excluded from the banking sector. With this partnership, Inpulse has an investment capacity of €58 million, whilst reinforcing its presence and action in one of its 14 countries of intervention.

This joint operation financed by two European impact investment players illustrates the interest of inclusive finance partnership. Sharing the same base of fundamental values, the Grameen Crédit Agricole Foundation, Inpulse and FINCA International have embarked on the same path for the future – that of a better shared economy reinforced by those who believe in the strength and virtue of alliances. 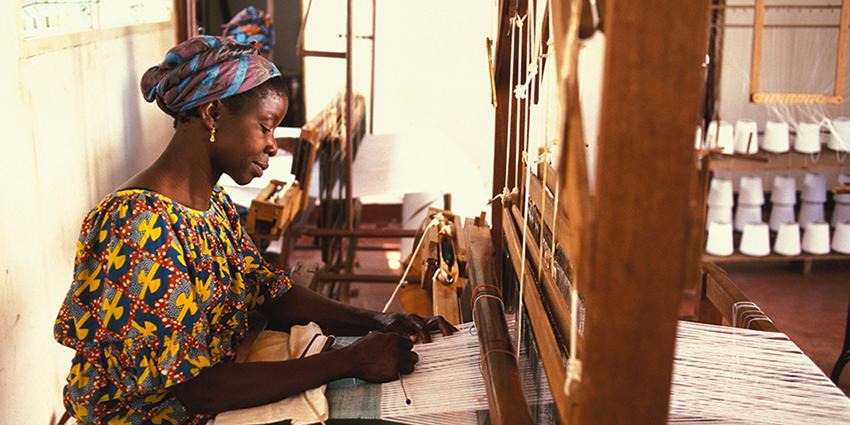 The Foundation is strengthening its links with its institutional partners through a new agreement signed in March 2017 between the Grameen Crédit Agricole Foundation and the French Development Agency (AFD) for a period of 3 years.

A programme to strengthen microfinance institutions

The “Take-off Facility for agricultural and rural microfinance in Africa” set up in partnership with the Agence Française de Développement (AFD) [French Development Agency] was renewed in March 2017 for a period of 3 years. The first phase of the programme, carried out between 2013 and 2016, made it possible to strengthen Micro-finance Institutions (MFIs) in Africa and to assist them in becoming operationally self-sufficient and financially viable.

At the end of December 2017, the programme had 18 partners, including 15 in 6 priority countries for the AFD[1]. In 2017, seven new partners joined the programme, three of which in two new countries of intervention for the Facility : the DRC and Rwanda. Contracts for loans amounting to €6,033,000 were approved and €3,707,363 have been disbursed.

A second phase to multiply the impact of the project

The second phase of the programme will be carried out between 2017 and 2020 to provide funds and technical assistance to more than twenty MFIs. The new AFD funding is three-pronged: a €6 million loan to develop the Facility’s credit activity; a €2.2 million subsidy to contribute to the lines of technical assistance; and an ARIZ portfolio guarantee to cover 50% of the production of loans granted to MFIs in Sub-Saharan Africa.

Since the agreement for the second phase was signed in March 2017, 5 technical assistance protocols have already been signed and 28 technical assistance missions have been carried out or are in progress. The missions are aimed to consolidate the risk profile of the partner institutions through different themes such as the development of a business plan, risk management and the improvement of the information system. The missions pertain also to the measurement and management of the social performance, agricultural funding and green microfinance.