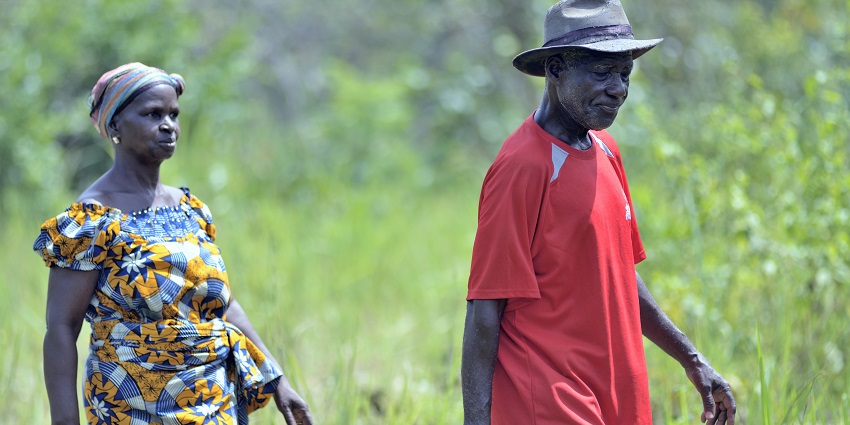 In partnership with CA Indosuez Wealth (Asset Management) and CACEIS Bank, Luxembourg Branch, the Grameen Crédit Agricole Foundation launched a social impact investment fund to enable the entities and regional banks of Crédit Agricole to invest in the financing of microfinance institutions in rural areas.

The Foundation strengthens its support for the institutions that intervene in emerging countries for the benefit of populations that have been traditionally excluded from the banking sector, and more specifically for the benefit of women, who constitute the most important customers of these institutions. The advantage is twofold: a positive profitability objective and an impact in terms of financing income-generating activities.

Two loans to microfinance institutions in Sub-Saharan Africa were granted using the funds raised. A quarterly monitoring report will be sent to investors. This fund will shortly be conferred the Luxflag label (promotion of the financing of sustainable and responsible investments).

The first operation of this type launched by the Crédit Agricole Group is a great success!

The regional banks and entities of Crédit Agricole SA have for the first time the opportunity of integrating a mechanism dedicated exclusively to investments in microfinance on an international scale, structured within the Crédit Agricole Group.

The Grameen Crédit Agricole Foundation was created in 2008 by Crédit Agricole and the Grameen Foundation of Professor Yunus, Nobel Prize laureate. The Foundation, which intervenes in 33 countries, nearly half of which are among the poorest in the world, is an operator committed to the fight against poverty and the promotion of social inclusion. It has granted more than €215 million in loans over a 10-year period. Alongside the Crédit Agricole Group, the Foundation is developing new instruments to increase its financing capacity and strengthen its impact.

The Foundation is proud to work alongside the entities of Crédit Agricole SA and the Group’s regional banks to bolster its action in favour of financial inclusion and the financing of rural economies.

It has thus financed two partners in Kenya: BIMAS, with a loan of €500,000, and Vert Ltd with a loan of €440,000. BIMAS is a Micro-Enterprise Development Programme (MED-P) put in place in 1992 under the auspices of the Embu Plan. Its aim is to contribute to sustained growth for the economy and employment in the rural sector, which will lead to an improvement in social welfare and higher income for the rural population in Kenya. Bimas has more than 18,500 clients at this time, 66.5% of whom are women. For its part, VERT Ltd is a company specialized in the export of fresh fruit and vegetables. Created in 2000, the company has adapted its economic model over the years to cater better for the specific features of the European market and to adapt to the legislation in force. It has also implemented a more sustainable model by working directly with small local farmers organized in small groups. The Foundation has had a shareholding interest in Vert Ltd since 2016.

The Foundation has also financed the MicroLoan Foundation in Malawi for the first time with a loan of €256,000. This foundation is a UK-based charity that provides business training, loans and continuous support to women living in Malawi, Zambia and Zimbabwe. Its main objectives are to reduce poverty and to empower women. The institution has nearly 30,000 clients in Malawi today, all of whom are women.

In Uganda the Foundation granted a new loan of €700,000 to the Uganda Microcredit Foundation (UMF), a microfinance institution that provides loans and other microfinance services to economically active persons in Uganda. The institution has specialized in financial and non-financial commercial and personal products for companies and private individuals to facilitate their development. It boasts more than 4,000 clients, 54% of whom are women and 70% live in rural areas..

The Foundation has moreover financed two partners in Zambia: AMZ, with a loan of €600,000 over a period of four years, and FINCA Zambia, with a loan of €1.2 million over a period of three years. Agora Microfinance Zambia (AMZ) is a micro-finance institution geared particularly to people on low income, with appropriate financial products. The purpose of AMZ is to serve clients who have been previously excluded from the formal financial market, mainly because of their poverty or place of residence. It has more than 25,000 clients, 61% of whom are women and 39% live in rural areas. For its part, FINCA Zambia is a multiservice microfinance institution which today serves more than 9,000 clients with financial services, in particular loans, payments and money transfers. 57% of its clients are women. 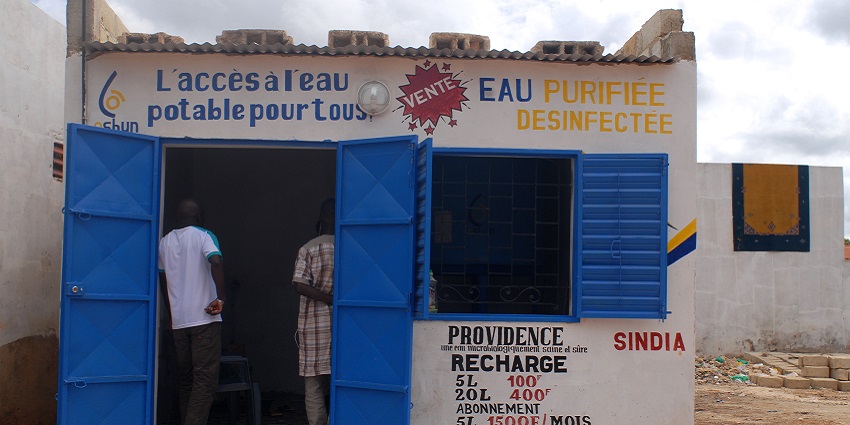 Nearly one billion people have no access to improved drinking water sources these days. Sub-Saharan Africa is one of the most seriously affected regions: between 25% and 50% of its population do not yet have access to water from an improved source, and between 75% and 100% do not have access to piped water.

Created in 2014, Oshun deploys an innovative water supply service in rural areas. Based on an original economic model that involves local entrepreneurship, Oshun provides quality water services in water kiosks at a price that people are willing to pay because it provides optimal health guarantees. This activity, which is bound to expand in several African countries, started in the rural areas of Senegal.

For the first time, the projects committee of the Grameen Crédit Agricole Foundation approved a €200,000 loan via bonds to cover the investments and working capital of Oshun, a new partner having its registered office in France. This project is co-financed with the Regional Bank of Alpes Provence, of which one of the clients, the Société du Canal de Provence, is involved in the project. The Caisse Régionale [regional bank] has benefited from the Foundation’s expertise in the water sector and its knowledge of the local economic fabric.

For more information on the Foundation’s partners, click here.