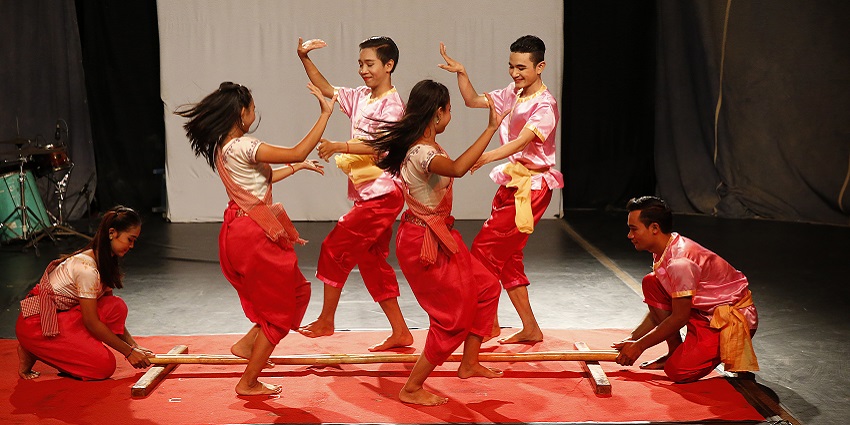 Missions to be filled

A “Control Management” mission is planned for the third quarter of 2019 to support Musoni in Kenya. Musoni is a microfinance institution that provides financial services through mobile payments to people excluded from the mainstream banking system. To strengthen performance management, Musoni wishes to implement a balanced scorecard methodology. The Solidarity Banker will be responsible for structuring a balanced scorecard with key performance indicators and making recommendations on its implementation.

A “Financial management” mission will be held in September 2019 to support the Cirque Phare (PPSE) in Cambodia. The Cirque Phare (PPSE) provides employment opportunities for Cambodian artists and sustains the arts sector in the country. PPSE has now entered a growth phase and requires strengthening certain aspects of its management, including strategic, financial and human resources management. The Solidarity Banker will be responsible for proposing monitoring tools and making recommendations on the organisational structure.

Several missions are to be published on CA Solidaires. To discover them:

1. Go to the CA Solidaires website “Find a project”
2. Enter “Grameen” in the search bar. All the Solidarity Leave offers will appear!
3. Click on the offer of your choice, you will find all the information you need to apply.

To find out more about the missions to be filled, click here. 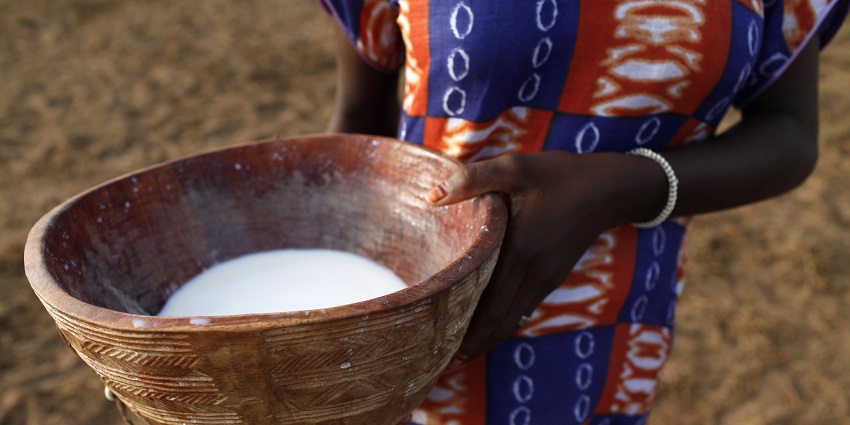 After a mission as a Solidarity Banker for La Laiterie du Berger, Jonathan Michaud is now Director of Kossam SDE, a project led by La Laiterie, which aims to structure the dairy sector in northern Senegal. Spotlight on our discussions with this agricultural engineer from Crédit Agricole Franche-Comté, who has been seconded for two years to support the development of this project with a strong social impact.

Structuring the dairy sector in Senegal

To be the driving force behind the territorial development of Richard Toll’s dairy basin in northern Senegal: this is the shared ambition of Laiterie du Berger and its subsidiary Kossam SDE. Since its creation in 2005, La Laiterie du Berger has established itself as a pioneering social enterprise in the country.

Kossam SDE aims to structure and strengthen the dairy sector by providing local services (livestock feed, fodder,…) and training and advice to local farmers. The company is developing a model of “mini-farms” currently in the pilot phase (15 units in operation) and aims to set up 100 mini-farms by 2022 (more information on the project here).

Young people as actors of development

At the heart of this development plan, youth occupies an important place. In a context where youth employment is a challenge in Senegal, Kossam is setting up an ambitious system to support young people in a process of professionalization in dairy production.

Thus, the training offered to breeders are also open to their families. Indeed, the breeders of La Laiterie are mainly families, or rather family organizations, consisting of a “canister manager”, man or woman, behind whom works a whole family structure. “There is a real will of the breeders trained by Kossam to involve and empower their children in the work of the farm. Kossam SDE has planned to intensify the training and support for the and local youth, on the aspects of technical and economic management of the farm and family,” says the Director of Kossam SDE, Jonathan Michaud, Credit Agricultural Engineer Agricole Franche Comté, detached for 2 years to develop the project.

Moreover, young people are not only involved as breeders, but in others links in the dairy chain. Indeed, from many young people are elected as managers of the dairy divisions (which are of the local chapters of the cooperative). Whereas these positions were once reserved for senior managers, today the involvement of young people in agricultural and local of the sector’s model in structuring.

Finally, youth employment is promoted at the level of milk collection. Kossam SDE has thus made it possible to create the profession of “collector”, now exercised by local young people. Jonathan Michaud says that the development of milk collection and the generation of increasing incomes through dairy activity contribute greatly to the stabilization of young populations in Richard Toll’s dairy basin. In addition, the project has changed the image of the dairy industry towards young people: dairy production has become a rewarding, remunerative and attractive activity for local populations, especially for new generations. With the increase in productivity of farms, the creation of new professions around breeding will become essential (by for example, the creation of livestock advisors, technicians of breeding). As pointed out by Jonathan Michaud, it is the logical continuation of the movement already initiated by La Laiterie du Berger for more than 10 years around professionalization dairy, which requires support, supervision, structures and thus creates employment by and around the milk production.

With Kossam, the movement is growing stronger, based on training, entrepreneurship and the involvement of young people, innovators and key development actors in Senegal. 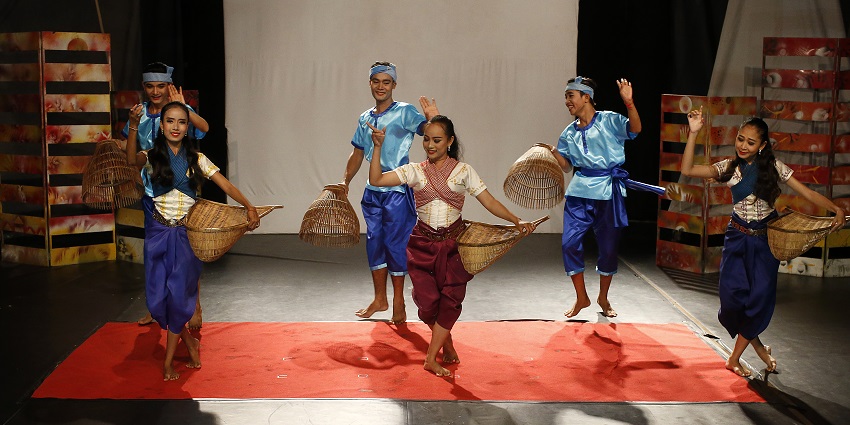 The Foundation publishes its Quaterly Newsletter #32 in which it presents its 2019 – 2022 Strategic Plan. For nearly a year, the foundation has been working on the preparation of this medium-term reflection and to this end, it has listened and exchanged with its Board members, partners, microfinance institutions and social enterprises, funders and colleagues. The result allows the Foundation to look into its future with confidendence, as it has outlined the main stages of its development to come.

The Foundation is also pleased to see that it is building the trust of its funders. After Crédit Agricole CIB, Agence Française de Développement and Amundi, the European Investment Bank has joined the circle of its funders with a loan in CFA Francs for an amount equivalent to €12 million enabling the Foundation to increase its operations in Sub-Saharan Africa.

Finally, in this issue, you will discover the Foundation’s good results in 2018, the highlights and key figures explained in its Integrated Report published in the last days of April.

Created in 2008, under the joint leadership of the directors of Crédit Agricole SA and Professor Yunus, 2006 Nobel Peace Prize winner and founder of Grameen Bank, the Grameen Crédit Agricole SA Foundation is a multi-skilled operator which contributes to the fight against poverty through financial inclusion and social impact entrepreneurship. Investor, lender, technical assistance coordinator and Fund advisor, the Foundation supports microfinance institutions and social enterprises in nearly 40 countries.

Senegal, Morocco, Haiti… : a great success for the first year

Less than a year after its launch in 2018, the success of the program confirms the commitment and willingness of employees to support projects with a social impact. This is the first time that a partnership of this type has been launched by Crédit Agricole and the Grameen Crédit Agricole Foundation. The objective is twofold: on the one hand, to enhance the skills of Crédit Agricole Group employees and, on the other hand, to provide additional support to the Foundation’s microfinance institutions and partner companies with one- to two-week missions in the field.

In 2018, six missions were launched, three of which were carried out in 2018 and three planned for 2019. For example, a mission took place in Cambodia with the support of Crédit Agricole’s International Retail Banking (BPI) to support the human resources management of Chamroeun, a partner microfinance institution serving more than 27,500 clients. Another mission was carried out in Senegal, in partnership with Crédit Agricole Franche-Comté, in favour of Laiterie du Berger, a social enterprise in which the Foundation is a shareholder. In addition, with the support of the Regional Bank, the Solidarity Banker who carried out the mission left for 2 years to support Kossam, the Dairy’s project to structure the dairy sector in Senegal.

A mission launched in 2018 will be carried out in July 2019 in cooperation with Crédit du Maroc and Crédit Agricole SA to improve the Al Karama Foundation’s anti-money laundering and anti-terrorist financing systems (AML-FT). The institution currently supports more than 26,200 clients in Morocco. Another mission launched in 2018 will be carried out in Haiti to support Palmis Enèji, a social enterprise that offers clean and accessible cooking and lighting solutions to Haitian households. Crédit Agricole Corporate Investment Bank supports the Solidarity Banker, who will carry out the entire mission in terms of skills sponsorship.

Cambodia, Kenya, Tajikistan… in 2019 the programme scales up

To date, six missions have been launched in 2019. A mission in favour of Kossam, the Laiterie du Berger project, which aims to develop a sustainable dairy sector in Senegal. The Solidarity Banker will be responsible for supporting Kossam in the deployment of a digital “commcare collection” application. Another mission is planned to support the financial management and organizational structure of Cirque Phare (PPSE) in Cambodia. PPSE aims to promote the social inclusion and empowerment of young people through Cambodian culture and arts. A mission will take place in favour of ACRE Africa, which provides crop insurance services to smallholders. The Solidarity Banker will be responsible for analysing the organisation’s new business strategy.

Other missions are currently being planned with the support of the Crédit Agricole Group’s entities and Regional Banks. With this scheme, the Group reaffirms its commitment to support employees’ solidarity initiatives and work alongside the Foundation to promote more inclusive and sustainable finance. 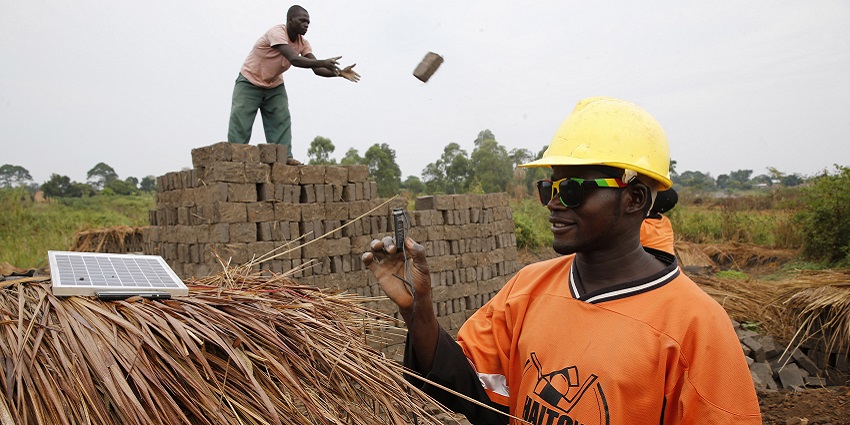 As part of a dossier dedicated to responsible finance, Admical met in April with Eric Campos, Chief Executive Officer of the Grameen Crédit Agricole Foundation and CSR Director of Crédit Agricole SA. The opportunity to return to the perspectives and challenges of the inclusive finance sector. Spotlight on this interview, which is fully available on Admical.

What is your assessment of the first two mandates of the Foundation?

The Foundation is an actor of inclusive finance which seeks to reconcile economic profitability and social impact. To do this, it conducts a rigorous investment policy prioritizing both sustainability criteria and positive social externalities. The Foundation integrates financial and social performance at the heart of its investment process.

How do you think the responsible finance sector will evolve in the coming years?

Responsible finance is a broad concept which covers several definitions, but which can be summarized by the exercise of the profession aimed at reconciling financial performance and social, environmental or societal impact. But in reality it cannot be said that there is responsible finance on the one hand and irresponsible finance on the other. In fact, Responsible Finance is the one that integrates this double concern and that reports explicitly. I think that this way of integrating the effect or the externality could gradually become the general rule, including in so-called traditional finance.

Last October, Amundi, the first European Asset Manager, decided to integrate ESG factor analysis into all of its funds under management within three years. By integrating these criteria, Amundi clearly illustrates that extra-financial criteria are gradually entering into the range of criteria for assessing investment funds. This approach clearly shows the dynamics of the evolution of Finance.

A word on the next five years of the Foundation. What are the major strategic directions?

Climate change, population growth, digital transformation … many are the challenges that shake the world of microfinance. It is urgent to mobilize resources, to innovate with new means of action, to strengthen cooperation. This conviction is at the heart of the actions of the Grameen Crédit Agricole Foundation and its development plan.

The Foundation will continue to adapt to these new challenges by diversifying its expertise and enriching its intervention methods. These three strategic challenges will guide its action for the next few years.

Find the full interview of Eric Campos on Admical‘s website (in French).